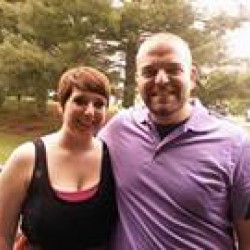 I write. A lot. But when I'm not writing...you can find me with my nose in a book. Or a Kindle. 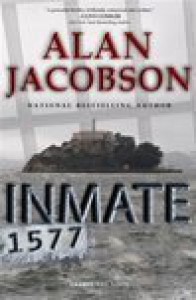 The Good: Firstly, most people would shy away from a book with very graphic sexual and murder scenes however, I find it both disturbing, interesting and admirable when an author can write such graphic scenes. Maybe it's because as a writer, I have not done it effectively myself but one of the most important things when reading a novel is remembering how it made you feel. If the author is writing such a graphic scene...especially in the context of this book which is a murder mystery...and you are left with this utter disgust for the killer...than the author has done his/her job! I think Alan Jacobson kept my interest in this novel by continually shocking me with the graphic nature of the murders and other events. I loved the dual time frames and shifting perspectives every chapter. At first, it's almost like two completely separate plot lines until about the middle then it all starts coming together and it gets really exciting! I also loved the main character Karen Vail. It wasn't until after I started this novel that I realized there was a book before this one that introduces Karen Vail, but Jacobson did a great job making this a stand alone book if you aren't interested in reading the series. Anyway, Karen Vail is totally kick-ass. She's a cussing, no-nonsense, smart ass type of FBI profiler and I totally want to be her. I loved how strong of a personality she had. One of the things I liked best about this book was that Jacobson made it seem SO realistic. Vail's theories on psychopaths and sociological serial killers make complete sense and when you finally learn the identity of the killer...the "reasons" and attitude toward the murders are so familiar because we've ALL seen it before with killers like Ted Bundy, Zodiac Killer, etc. I also really enjoyed Jacobson bringing in some history into the novel. Alcatraz has always been so fascinating to me and it was awesome to see it explored a little more in a novel.

The Bad: The abbreviations! I could not stand how many abbreviations they used. UNSUB, DB, TOD, COD, ETA. 1. He doesn't always explain what the abbreviations mean...so if someone isn't in law enforcement and has never heard the abbreviation than they are in the dark as to why characters in the book are using ASAC to explain things. 2. Even when he does explain what an abbreviation means like UNSUB-"unknown subject," he uses it every other sentence. Since I used to work in law enforcement, I know for a fact that the cops do not walk around calling an unknown subject UNSUB all the time. In fact for half of these things they supposedly use abbreviations for...they never do! It just irritated me that Jacobson overloaded the book with useless abbreviations. The book was also a wee bit long...many parts could have been cut out and it was kind of like a roller coaster throughout the book. I'd get really excited and totally into it and then it would become dull and I wouldn't be as interested so I would force myself to read a little bit further and then it would pick up again. I'd much prefer a book that is fast paced and entertaining all the way through...but I guess you can't win them all.

Overall I would recommend Inmate 1577 for lovers of murder mysteries as this was a pretty decent book with some really awesome detailed murders. I give this book a B-.


**I received this book free from the publisher through www.netgalley.com. I was not required to write a positive review. The opinions I have expressed are my own.
Tweet